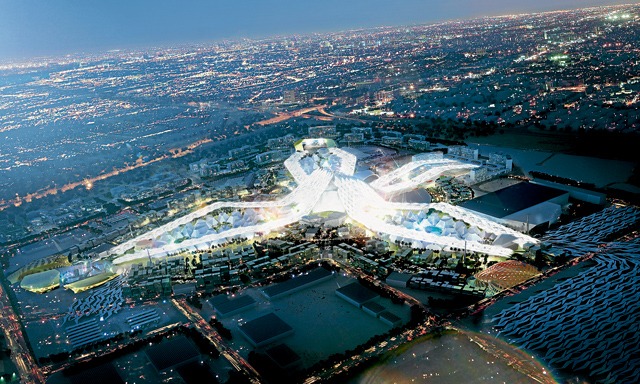 “How will Dubai & UAE benefit from expo 2020?”A world expo is an extensive exposition that brings people from all over the world together. It is to discuss similar issues. There are generally over 190 countries and corporations participating. They all come together to exchange ideas on breakthroughs. They talk about the most significant global concerns and have a good time. The event takes place every five years in a different country. However, it lasts for six consecutive months, depending on who wins. The Bureau of International Expositions has approved it (BIE).

During last year’s 154th annual general assembly, the BIE voted to host the event in the region. A total of 164 countries participated in the election. Moreover, Dubai won 116 votes to its opponent’s 47 votes. Expo 2020 will impact the Emirate of Dubai and the United Arab Emirates as a whole. Both during and after the event is over. That will be the emphasis of this article.

The UAE will hold Expo 2020, a massive event in conjunction with its 50th-anniversary celebrations. This is an essential Landmark for the community. The event’s theme is “Connecting Minds, Creating the Future.” It will serve as a bridge for people. It will be all over the world to meet and engage in activities. These activities will showcase a rich artistic and cultural legacy alongside cutting-edge science and technology. It will be resulting in ground-breaking inventions. Its goal is to spur the development of a slew of new technologies. That will long-term impact humankind. The purpose of the event is to celebrate and honour human magnificence and accomplishment.

We have reevaluated the initial dates of October 2020 to April 2021. This is due to the unexpected impact of the Covid-19 epidemic. The new dates are October 2021 to March 2022.

After a long period of proving their technological prowess to the globe. The UAE will take a giant stride forward with Expo 2020. It will happen by introducing breakthroughs. That will impact human growth for the next 50 years. The United Arab Emirates never cease to astonish me.

What does the UAE may Expect from Expo 2020?

Historically, each Expo left behind an important invention that benefited humanity. Here are a few examples:

We’re excited to see what kind of legacy this one leaves behind. Meanwhile, it had a favourable impact on the economy. Moreover the infrastructure of every city that has hosted it in the past. There is no exception this time around because Dubai is the host city.

Organizers predict that the event will significantly boost Dubai’s tourism economy. The economy of the United Arab Emirates as a whole. However, it’s impossible to say with certainty how it will affect the UAE’s economy because there’s still some uncertainty about it. The event will generate about USD 23 billion in revenue. It is between 2015 and 2021 (representing approximately 24.4% of Dubai’s GDP). Moreover to boost the city’s economic growth by a value of 6.4 percent annually from 2014 to 2016. Moreover, firmly to approximately 10.5 percent in 2020, according to analyst reports. These numbers and forecasts are based on a multitude of variables. It is including the overall amount of funds. The funds which are provided by the government of Dubai, the number of tourists, and the influence of COVID-19.

The event’s success would undoubtedly necessitate significant expenditures on infrastructure and general projects by the Dubai government. An estimated USD 8.7 billion has been reserved for investment in the event, which is expected to return USD17.7 billion if it succeeds.

The government’s massive expenditure will undoubtedly present a significant business opportunity for the commercial sector. A lot of new noteworthy initiatives and the resurrection of a few other projects. The global financial crisis may have forced the shelving of projects. But they are vital to Expo 2020 Dubai. Analysts predict that the region will lose up to USD 100 billion to USD 150 billion in international investment (say: 6 years). This investment will have ramifications in several diverse industries. The industries include infrastructure, transportation, real estate, tourism, and hospitality. We will discuss the advantages of each in greater detail in the region.

While the event is taking place, the city will obtain numerous benefits, including the following:

The city stands to gain more jobs as a result of Expo 2020’s presence. It all starts with building and continues with cleaning and management. It is up to adequate arena security. The entire process will involve many people. They will involve from the beginning to the end of the project, as well as during the event and even after the event is over. In 2031, the event will create around 905,200 full-time jobs in the local economy. (that is estimated to be about 49,000 jobs yearly).

The event’s assistance grant, which will be granted to small and medium-sized businesses, is an additional advantage. Before the official inauguration, USD1.5 billion was budgeted to be appropriately distributed, resulting in the creation of 12,500 employment. Moreover meeting the event’s sub-theme of aiding small and medium-sized businesses to thrive.

Before today, Dubai was regarded as one of the world’s most welcoming cities. If you want to stay at one of the world’s best hotels, this is the place to do it. Around 70% of participants will be visitors to Expo 2020. They will draw 25 million people over six months. The capacity of the facility to house the crowds will need to be expanded during the event. An estimated USD7.2 billion in expenditure is required to successfully accommodate the tourists. Moreover for those, who will attend the event, an additional 45,000 hotel rooms are added to the existing 82,000 rooms, according to sources.

Even though Dubai is well-known for having many hotels, only a few are located near the Expo 2020 site. Many hotel projects are expected to begin construction in the years leading up to Expo 2020, including some in remote locations. More rooms will be accessible for the duration of the event once these renovations are complete.

The inclement weather in Dubai has resulted in a long-term issue for the city: a high electricity demand. Inadequate electrical supply would have hampered the hosting of Expo 2020. Since electricity usage peaked in early 2020 at roughly 9.6 Gigawatts (which is a 50 percent increase compared to 2012). However, the issue has been resolved thanks to alternate energy sources.

Coal, nuclear, and solar energy have all been considered viable alternatives for meeting the event’s energy needs. After its first 100 Megawatt solar park was established in October 2013. Dubai aims to develop two more, including a 1,200 Megawatt coal-fired power complex at Hassyan in Dubai. Abu Dhabi has begun construction on a new USD30 billion nuclear power plant. That plant will have a design capacity of 5,600 megawatts (which suffices up to 25 percent of the total energy needed in the UAE)

Organizers hope that the exhibition they create will set a new standard for future mega-event planning and execution. Building-integrated photovoltaic and solar technology, which aims to generate 50% of the total energy required to run Expo 2020. That will portray a world-class mark and establish a standard for future events.

Planned improvements to Dubai’s transportation system have been in the works. Since the city was selected to host Expo 2020 back in 2013. There had been billions of dollars offered by the Dubai government to expand its existing airports. Al Maktoum International Airport, which can handle roughly 160 million passengers per year, was also constructed. Near this airport is an integrated sea and air freight facility. That will play a significant role in the city’s entire transportation system and effectively fulfill the demand for the future event in question.

There was also work done on the city’s metro system. Which now has three lines instead of the previous two. The new line was inaugurated in July 2020. It ran from Jabel Ali to Expo 2020. To ensure that people can get to and from the event site during and after the mega event, this line has seven stations, and fifty trains are available to run across the route.

Even if the event does not significantly influence other areas of the host city, it is sure to have a significant impact on the city’s infrastructure. Everything still boils down to infrastructure, from the construction of the Expo 2020 site to the roads connecting to it to the provision of lodging. Construction, real estate, and hospitality are major priority areas for Dubai’s government’s infrastructural investments. These are the people who stand to gain the most from the event’s success since they have a direct stake in it.

The building where Expo 2020 will be held in its total cost an estimated USD6.9 billion to build. Because of its location between Dubai and Abu Dhabi. It’s a massive 4.38 million square kilometer structure. Pavilions and other event space total 700,000 square meters, according to the building’s estimates. Permanent structures total 500,000 square meters, according to estimates. Within the system will be both the Expo’s main office and the Expo’s back office.

For the benefit of the expected 25 million people who will visit the city during the event. Massive sums of money have been put into residential real estate development projects. In the years leading up to the event, during the cause of the event, and even after the event. This is to serve the demands of guests. Mohammed bin Rashid City is one example of real estate being discussed during the conference. To name just a few items built into this particular development plan. This plan includes 100 hotels, a huge mall, a Universal Studios franchise, and an expansive park. This is just one of many real estate projects in Dubai that will make the show a once-in-a-lifetime experience for attendees.

Increasing investment in the host city’s various sectors (from real estate to transportation, tourism, and hospitality) helps the economy grow to a healthy level. The effects will be felt throughout the UAE. Moreover, in the Middle East as a whole, not just in the host city. Expo 2020 is expected to produce more than 200,000 new employment, as every facet of administering the site necessitates the involvement of people. Everything from janitorial services to transportation requires the use of employees.

More people moving in to become residents. This is due to their new work means a greater demand for food, shelter, and clothing. This will lead to a rise in population growth.

It’s a big idea. But Dubai’s standing on the global stage will only get stronger if it comes to fruition. While the Expo will last for six months. The development will benefit Dubai for many years to come. That is essential here. Dubai is thinking about what all this construction and infrastructure will mean for the residents of the emirate. This is a once-in-a-lifetime opportunity to create buildings that will benefit the event and integrate seamlessly into Dubai’s long-term sustainability strategy.